You are here: Home / Ciguatera

Ciguatera is the most widespread phycotoxin food-borne disease, endemic in tropical and subtropical areas. It affects every year 25000-500000 people. Ciguatera is caused by eating fish with toxins  in their tissues (ciguatoxins produced by microalgae), and typical poisoning can occur at gastrointestinal, neurological and cardiovascular levels. Ciguatera has a low mortality rate but the health problems it causes can last for a long time, and can develop into a chronic illness. In tropical zones where the population is more dependent on fish consumption the incidence of ciguatera is significant and represents a serious problem for health authorities (regions of the Pacific, Caribbean and Indian, mainly). 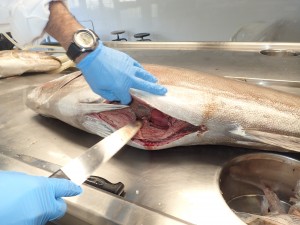 Ciguatera as an emerging problem

Some species of harmful benthic dinoflagellates of tropical and/or subtropical areas have apparently expanded their distribution over the last decade into temperate regions. In particular, the genus Gambierdiscus responsible for ciguatera, represents a key issue in present harmful algal studies because of the danger it poses to human health. In the Iberian Peninsula, they have so far detected no species of Gambierdiscus but in the Atlantic Ocean, specifically the Macaronesian region, it represents an emerging threat. Gambierdiscus has been recently documented on the island of Madeira and ciguatera cases were recorded in the Savage Islands, between Madeira and Tenerife. The first recorded case of ciguatera in the Canary Islands occurred in 2004 due to amberjack consumption and later, from 2008 onwards, there were more episodes of intoxication. The last recorded episode caused the poisoning of 10 people after dusky grouper consumption in Lanzarote (December 2013).

There is a proposal submitted to the World Health Organization (WHO) in order to consider ciguatera as a neglected tropical disease (http://hab.ioc-unesco.org/index.php?option=com_oe&task=viewDocumentRecord&docID=10751) 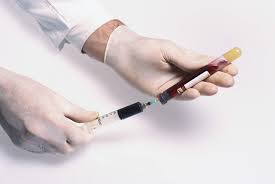 The diagnosis of ciguatera poisoning is clinical and uses a combination of at least one neurological symptom along with other typical symptoms (diarrhea, vomiting, hypotension) after ingestion of fish. In addition to the direct consumption of fish, there exists some reports of ciguatera transmission through breast milk. 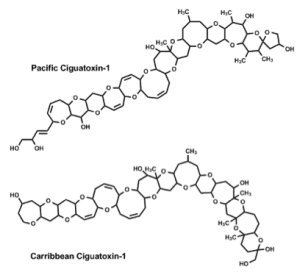 ¿Which are the toxins involved in ciguatera?

Toxins involved in ciguatera belong to the group of ciguatoxins. These are complex lipophilic nature polyethers which have been isolated and purified from extracts of fish and microalgae culture. Ciguatoxins are stable to heat and freezing. The first structurally elucidated ciguatoxin in fish was studied Pacific and designated P-CTX-1. For the nomenclature of the CTX’s it is used a code that begins with a letter designating the geographic region:: I-CTX- # to the Indian, C-CTX- # for the Caribbean and P-CTX- # in the Pacific. The numbers are added as there are discovered new analogues for each geographic region. 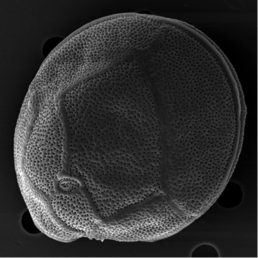 The toxins that cause ciguatera are produced by some species of marine microalgae belonging to the group of the dinoflagellates, in particular the genus Gambierdiscus. These are benthic dinoflagellates whose geographical distribution extends from Ecuador to 40 degrees latitude in both hemispheres.