You are here: Home / The project

Some species of benthic dinoflagellates of tropical and/or subtropical regions have apparently expanded their distribution in the last decades towards more temperate regions. Particularly, the genus Gambierdiscus, responsible for ciguatera, constitute a key aspect in the study of noxious algae in the last years due to the danger they pose for the human health. In the Iberian peninsula, species of the Gambierdiscus genus have not yet been detected, but the Macarronesic area where the Canary Islands are located is considered a region threatened by ciguatera. This genus was recently reported in the island of Madeira, and cases were also recorded in the Wild islands (Islas Salvajes), between Madeira and Tenerife. The first case of ciguatera was detected in 2004 and it was caused by the consumption of amberfish. In 2008 more cases of intoxication were recorded, and from that year on, cases have been detected almost every year. 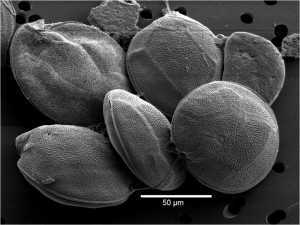 Gambierdiscus lives attached on hard substrates, like macroalgae, thanks to the sticky properties of a mucilaginous matrix secreted by their cells. 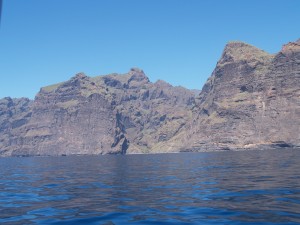 In Canaries there have been found 5 species of Gambierdiscus:

Data about Gambierdiscus in Canary Islands are still limited and do not make possible at this moment to conclude a causal relationship with ciguatera.

The objectives of CICAN

Which is the goal of CICAN?

We would like to contribute with the results of our project to the improvement of the food safety, minimizing the impact of ciguatera in the public health and allowing a better management of those fishery resources that may be affected by ciguatera. The results will be transferred to the Fisherman´s associations and other sectors involved as the Ministry of Health of the Canary Islands government through our web page and other forums related to the project. 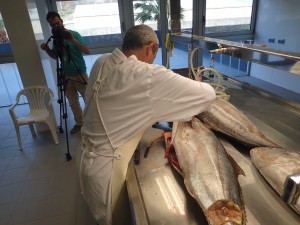 Ciguatoxic fish cannot be distinguished from uncontaminated ones using external characters, so we need to develop methodologies that help to detect the presence of toxins by fast and reliable means.